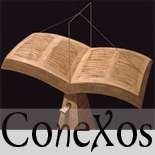 Trinity and Other Poems

Broken by the exhausting promise of desire,
the simple man has opened another wine bottle
as he listens to an old jazz record:
smoke and white walls, temperature rising,
thoughts dancing in the hot air.
The simple man is such an interesting sight to see,
hands in his pockets, bare feet, torn shirt, dirty pants,
books all around him, empty bottles, cigarette butts,
blood stains on the floor, countless sheets of paper,
artificial echoes of a natural voice, irrational thoughts
turned into logical verses–such chaotic density.
He dances alone with his multiple shadows,
utters incompressible lines, rapes the syntax of the
English language, deconstructs linguistic approximations
to the concreteness of living, travels unconsciously
to his destiny as he drinks yet another glass of wine.
Such is the density of a simple man.

Unsubstantial thoughts in this moment of grace,
like soldiers returning to the battlefield,
blood and powder and dirt and the presence of God.
Do they see the light ahead of them? Do they see it?
Do they see the darkness behind them? Do they see it?
I’m a soldier in this moment of grace.
A dead soldier in this moment of grace.
Those who sing the rhyme, those who sing
the voice that fuels their anger,
those who repeat the echoes,
are they sure this is what they want to sing?
Those who will die,
have they known the grace of God?
Have they?
They breathe and march on.
Are they afraid?
Soy un soldado que vive en todos los tiempos.
There´s no light. There’s no darkness.
But the soldiers keep marching on,
like unsubstantial thoughts in my head.

I’m a soldier, a dead soldier.

My hands, a tentacle, beliefs, and the cross.
Humidity is the rose that hangs from the eternal garden
as pyramids construct theories of evolution.
We are sophisticated monkeys, they tell us,
scientists that know the answer to every question:
but they are monkeys, too, so why should we believe them?
Humidity is a sin, but water brings forth life,
so is the absence of sin also the absence of life?
My hands are tentacles: I have an uncontrollable desire
to touch everything around me, but I´m a monkey:
evolution has done a poor job with me.
I have beliefs, a monkey with beliefs,
and crosses and pyramids intrigue me:
the geometry of religion.

There are no eternal gardens,
just theories about why they disappear.

I have seen countless dead men rise and speak.
They have the right to remain dead but not silent.
They are the voices that return to the sacred land
And dance among the rubbles of light.
These are very strange times indeed.
My hand has spoken for me and you and a few others.
My fingers bleed as they utter unsubstantial thoughts.
These are peculiar versions of me, of the silence that
remains buried, unexpanded, diluted.
These are very strange versions of the world,
Of history: glory is a decapitated whore. 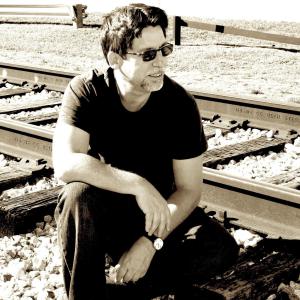 Ernesto G. Havana, Cuba 1967. Poet, short-story writer, videographer, and blogger. Bachelor’s degree in English Language and Literature from University of Havana. Honorary mention for poetry in the literary contest “13 de Marzo” (1987). Co-director of the literary and arts magazine Conexos and director of iSawFinger Productions. He has published “Los relatos de Maurice Sparks” (Editorial Silueta, 2011). Some of his work in Spanish can be found at www.losrelatosdemauricesparks.com